Pepper lovers, this one’s for you. November just might be the hottest time of the year with National Pepper Month. Sometimes spicy, sometimes sweet or even both, there’s a pepper out there for everyone. Peppers jumped from number 5 to number 8 on the Fresh Trends Most Popular Vegetable list in 2018, according to The Packer. It’s not difficult to see why this vegetable has been growing in demand. They’re not only delicious but also incredibly versatile! More than one-fifth of consumers have picked up specialty peppers such as Anaheims, jalapeños and Poblanos in the past year. As you can imagine, there are plenty of reasons to celebrate this versatile vegetable. 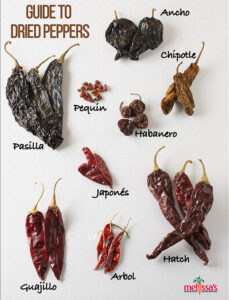